I currently attend 3 Adult Children of Alcoholics and Disfunction meetings.

London, Helsinki and Munich are my consistent go to’s. Somehow I ended up chairing the Munich meeting. It is full of a group of lovely Germans but the one American is hosting it. This meeting is structured, with a specific focus on the survival traits we developed in the family home and how those affect us now. It suits me well.

The other week, for some strange reason, there wasn’t a single man in the meeting. It suddenly, by default, became a women’s meeting. The dynamics changed. It was quite  lovely to watch. We became a sisterhood of support and encouragement that had not been present otherwise.

This week the men were back. I’m glad they’re were there as I’ve grown to care for them but I missed what we had the week before. It was special.

Once again I am faced with changing my dreams, adjusting my hopes and expectations.

I am trying to surrender, let go, breathe and let the universe take care of it all. Tired of buying into what our society says is successful or desirable and then having it tell me, “Not for you chica.”

My lifelong quest for security and feeling safe has been misguided, it has not served me well. My sense of self was far too based on a job well done, a generous income and planning for the future. I want to adjust my sails but I don’t know a thing about sailing.

Finding a new tribe, simplifying my life,  paring down what I want or would like from the world.

A new journey but in need of a willing heart. 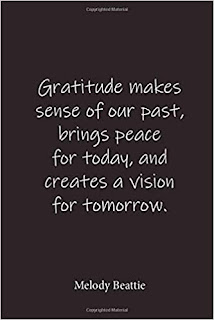 Still no job but I've got a call in to Oregon Vocational Rehab. Not at all sure what they will have to offer an old gal that is very hard of hearing but we shall see.

The hearing aids have had a go over. They are state of the art for Atypical hearing loss and in fine working order but it's kind of like trying to drive a car with no spark plugs. When the loss is severe to profound no amount of amplification will fix it. I simply do not hear much in the low or high frequencies. Many people just sound like Charlie Brown's school teacher. Wah wah wah!

It's all good though. I've, for the moment, given up fretting about what will be and am accepting that I will keep trying until I find something that is a good fit. We shall see.

Got an electrician coming today....Yay! I've been needing some GFCI outlets installed. I've done it for myself before but this house is wired differently so I think I'll watch what he is doing and go from there on the rest. Not worth risking a shock or, worse yet, a fire.

Always have been. My sisters are prudes and I think that my brothers are too but that is only a suspicion because they wouldn't share that kind of info with me.

I want to be a free and easy hippie type but, alas, that's just never going to happen. So a prude I remain.

When you are raised in a household of 8 people, by a mother who was also a prude, you learn techniques and skills that help conserve your prudishness. No one walked around nude or even half nude. So, dressing real quick so no one walks in on you, closet dressing (Yup, that was a thing in our house) AND always locking the bathroom door became fairly normal. When I married I carried that tradition with me. It served me well over the years of raising 4 kids too, allowing few moments of privacy or a long, hot uninterrupted bath.

Still today, without ever giving it a thought, and despite no one being home but Boy Scout and I, I lock the bathroom door. I need to stop. Not only because of possible falls or a health issues but also because I'm not able to hear a thing, like a doorbell, a barking dog or someone knocking on the bathroom door. There could be a damn tornado outside that door and unless it was lifting me and the tub together I would be none the wiser.

I'll work on it but old habits die hard. 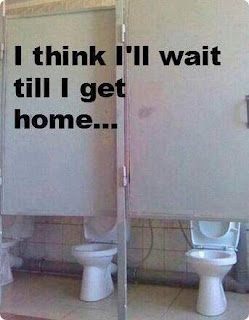 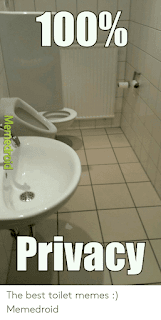 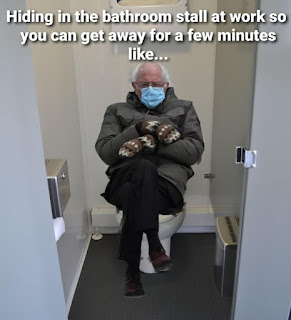 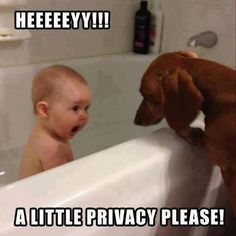 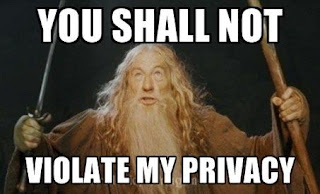 If You Want A Friend, Be A Friend

Jill (my best girlfriend) and I FaceTimed today.

Not that I needed it but it reminded me of just why I love her so much. We used to meet for lunch once a week unless one of us was out of town.  She got me through the terrible disaster that my marriage turned out ot be, kept me sane when there was nothing sane within the walls of our home and told me I needed to get myself to a counselor (and she was right).

I was by her side as she spent years trying to get a diagnoses for her daughter who was abused and neglected as an infant before Jill adopted her. Years to find out why she never slept, why she scratched, why she was hyper-sexual from a young age. The teen years were the worst and it took its toll. I was relieved when they sent her to a special school for extraordinary cases (unfortunately, she was kicked out but the year break was a godsend). Jill and I would meet and just bolster each other up, letting the other know we were in their corner. We would laugh at the most ridiculous and horrible things but that's what you have to do when you live in a home ruled by mental illness and other crazy stuff.

In my house it turned out to be Bipolar 2 and addiction. Her diagnoses didn't come till her daughter was about 19. Borderline Personality Disorder, which sounds far more benign than it is. It includes but is not limited to the following;

Suicide attempts, self harm, dangerous sexual behaviour, rage and complete and utter fixation on one person at a time were common in that household.

Despite all that, we would laugh! and if the people around us knew what we were laughing about they would be aghast. Try living it before you judge.....it's no walk in the park. 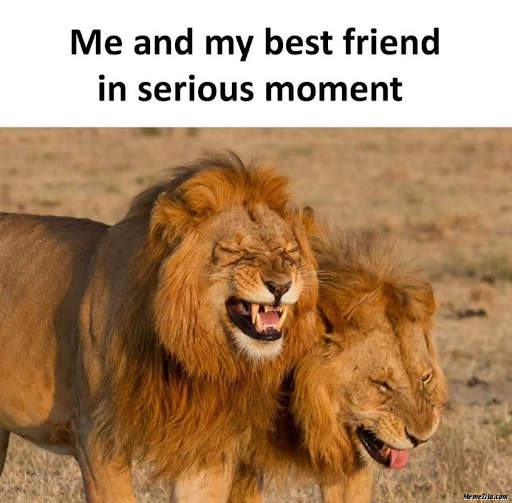 It felt good, normal and homey today. We are doing it next week too and I can't wait. Cheapest  therapy around.
Posted by Linda d at 4:00 AM 7 comments:

When I was a kid (especially a teenager) there were lots of little things about my mom that bugged, irritated or just plain embarrassed me. I don't like it but it's true. I disliked the way she said Q-pons instead of coupons and her-bs instead of herbs (erbs). There were some other things but those two come to mind right off the bat. It also annoyed that she never said, "I love you". Eventually I would say it to her nasty when we were fighting, using the very thing I wanted to hear from her as a weapon. What can I say? I was a kid, and an angry one at that, so I try offer myself forgiveness and understanding, even while knowing it probably hurt her feelings.
Now that I am older there are some things about my kids that are like me that I don't especially like. Just little things that tend to make me feel uncomfortable in my own skin.
The other day when my girl was here, we went out somewhere for a bite to eat. My kids have become veritable mama bears next to me because of my hearing or lack of it. They do it without thought or motivation; it's really very sweet. My girl was by my side at the counter, we worked things out to the satisfaction of each party and the cashier issued her, "Thank you and have a nice day". Before I could answer, out of the mouth of my girl comes, "You as well". I couldn't' help but smile. Those are my standard parting words for many, if not most, interactions.
I love to say them because I mean it....I wish that person well in the daily toils.
I liked it on her lips too.
Have a great day my friends.
Posted by Linda d at 10:38 AM 8 comments:

We drive along the road and one of us looks at the other and we say, "We live here!", smiling broadly. The other knows...it's kind of like pinching ourselves at the beauty.

If I say "home", it usually is referring to our little town by the beach. I miss my city and I miss my friends more than I can say but the scenery, the beauty and the water is a novelty that I hope never wears off.

Portland is complex. As much as the nation is divided, I can honestly say that Portland is a amplified stereotype of that division. The liberals are LIBERAL and the conservatives are.....(well, a lady just doesn't use that kind of language in polite society). For many years now I have considered myself liberal but I shrink in comparison, which is fine. That being said, it is a contentious area. I don't like that part of it but, so far, it is nice to be here.

We've joined PFLAG which is a nationwide organization committed to building bridges between families and allies with the LGBTQ+ communities. Portland's PFLAG community is vibrant and passionate and I am excited to be a part and learning more. Also thrilled to get to know a few more people in town. You can learn more about PFLAG HERE.