The Courage of My Convictions

We sat at a busy intersection, safely tucked within 3,500 lbs of metal and plastic, the red light keeping us captive long enough to watch the scene unfolding at the gas station nearby.

A quick movement caught my attention. Seconds went by before I knew exactly what I was watching. A dance, violent and involuntary. A man, maybe 40 or maybe 20 and life’s just taken it’s toll out on his lanky thin body, was throwing himself here and there, doing high kicks repeatedly, boxing his arms high in the air, jumping and spinning. The medical term is punding but the street term is tweaking. Picture Frankenstein trying to break dance and you have an idea. At any rate, this was as violent tweaking as I’d ever seen; throwing his body to and fro.

What surprised me was the couple pumping gas just feet away. The woman driver had her window down. She was calm and unaffected. The man was gassing up the car as if there was no one there. Honestly I would have been freaking out, frightened by his behavior, not knowing what he would do next. Not them! She talked to him or rather tried to. I don’t think he was able.

My heart broke for him, meth is a harsh master, and I envied her ability to interact in such a kind, loving way. She was brave and I would have loved to have a little more of that.

Maybe I’ll try to fake it till I make it. 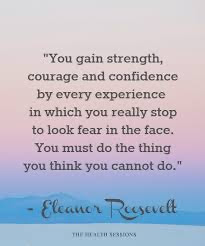