While sitting in La Super Rica yesterday, I watched a young man walking on the sidewalk. There was something not quite right. He leaned to the side as he walked and it almost looked like his shoulder was dislocated. His left arm was very long and kind of dangled.

Suddenly, he started loping forward, passing right by another walker going in the same direction. He was in a big hurry. As I scanned forward, I noticed an older gentleman, in a wheelchair, struggling to get out of the street and onto the sidewalk. The corner was wheelchair accessible but the gentleman was not strong enough to get his chair up the ramp.

The young man reached the older gent, struggled to get the chair from the street to the sidewalk and went on his way. I could not see that a word passed between the two. Just a moment of caring and decency and, dare I say, being human. 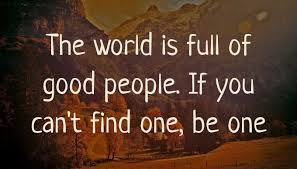 ps. La Super Rica is a tiny mexican food stand that it OUTSTANDING and was a favorite of Julia Childs in her later years. She retired and lived out her last years in the town of Montecito (think Oprah, Carol Burnett, Jeff Bridges, Rob Lowe, Ellen DeGeneres, James Cameron, etc) which is an unincorporated part of Santa Barbara. If you ever get a chance to visit Santa Barbara, you must put La Super Rica on your list of many of the fantastic places to eat in that small city.
Posted by Linda d at 8:00 AM